Yesterday I saw this video from LiveOverflow:

Then, I was interested in seeing if antivirus software could detect an instance of binary polyglots in a Windows system.

So I generated 8 binaries (.7z, .arj, .iso, .pcap, .pdf, .rar, .tar, .zip) to combine with 4 generally considered malicious by antiviruses: (nc.exe, klogger.exe, plink64.exe and PwDump.exe), then I ran mitra.py combining every exe with every generic binary. The final set of test files was ready, and the great MS Windows Defender warm and in position.

Initially, I copied just the original exe files, and Windows Defender managed to detect (and with some delay, automatically delete) all threats! Kudos… I guess. I have no pictures of that unfortunately, because the anti malware decided that I couldn’t get a report.

Then, I copied all of the polyglots and ran a full scan on the folder. Here’s the results: 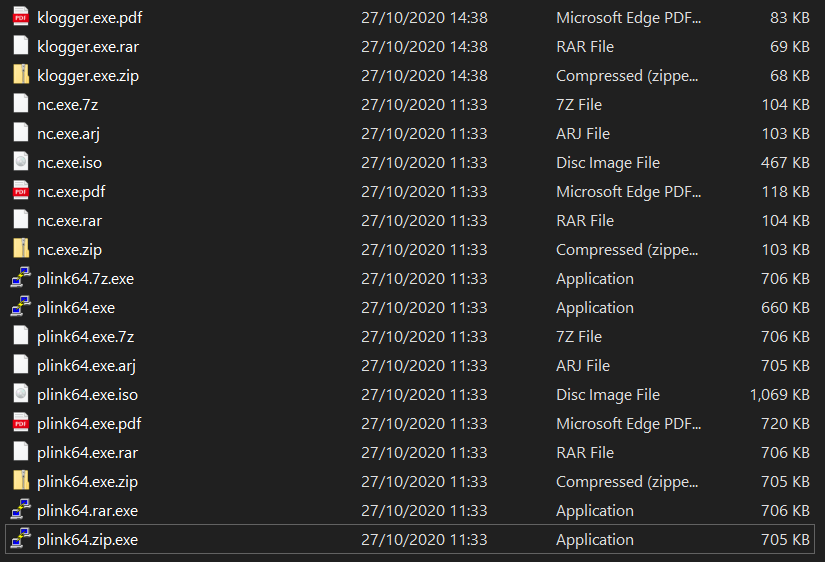 Out of 44 combinations (including original exe files), these 19 survived! Given that plink64 is not seen by Windows Defender as a big enough threat to automatically remove it. Let’s see what our beautiful tool says about these files with a full scan. 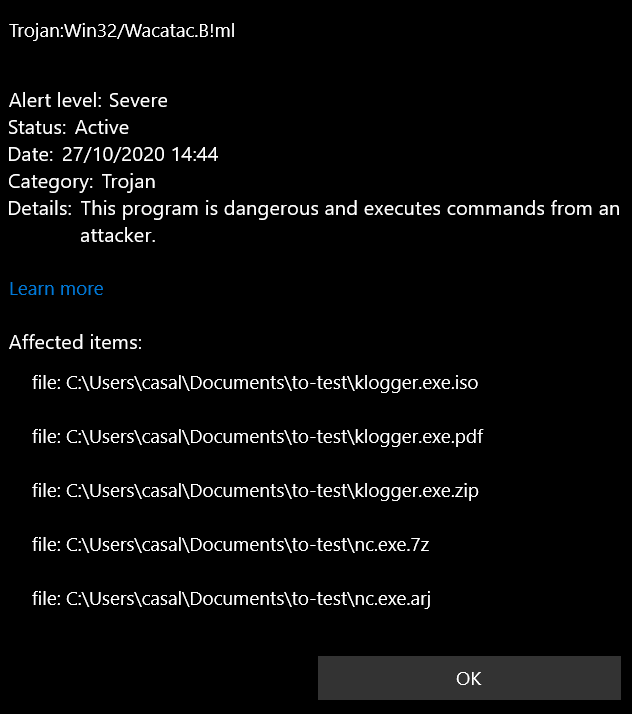 It actually managed to detect them as a Trojan! Let’s delete the busted binaries, plink64 files (which aren’t necessary a threat) and run the test again: 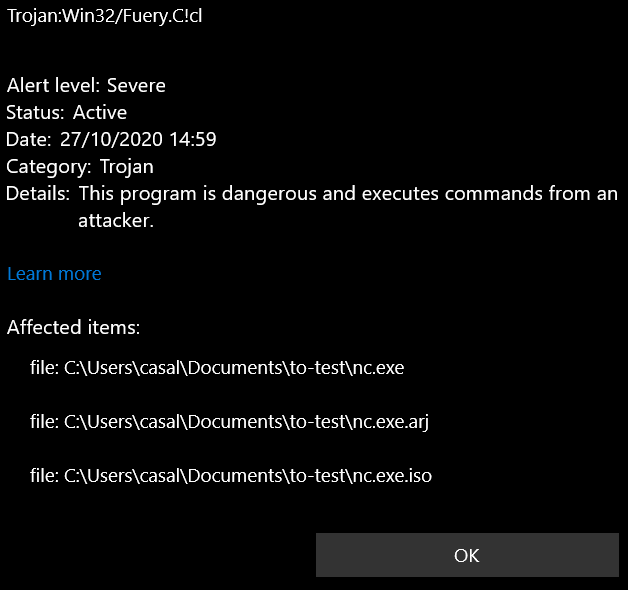 Unfortunately, we are busted again (I renamed nc.exe.pdf to nc.exe for testing). Even if nc.exe.arj was not in the folder, I deleted every busted file and ran a new test. Now it’s definitive:

Here they are… the survivors:

It was fun and educational. Thanks to LiveOverflow and Ange Albertini for the research and developing of mitra.